THE BARAQUIOS IN THE NEWS!

At the helm of the Baraquio family are modest, devout Catholic parents- Claudio and Rigolette Baraquio- who immigrated to Hawaii from the Philippines on January 30, 1970, as young high school teachers seeking a better life for themselves and for their children.

The couple brought their infants- Cecilia, Jerome, and Lucy (ages 3, 2, and 1, respectively), while expecting John to arrive in July. For the first eight months, they all lived in one room within a house shared with Rigolette’s mother and other relatives.

Although Claudio and Rigolette were teachers in the Philippines, they were eager to start working right away. So they applied for the first available jobs in the hotel industry to experience the American way of life and to support their family. They eventually moved into their own home, and in 1972, they qualified to live in the housing projects of Palolo Valley. Claudio was now a pest control operator and stayed with the company for five years, while Rigolette managed the household, teaching their children to read and write.

By 1975, there were seven children: Therese and Bernadette, the identical twins had arrived in 1973, and Rose arrived in 1974. Claudio realized he would have to start his own business to increase his income potential and to build the life he dreamed of for himself and for his rapidly expanding family.

On May 23, 1975, the Baraquios opened their own pest control company. Claude used his $600 severance pay to buy start-up materials, and the family set up shop with one phone line in a 200- square foot office. Letty assisted her husband in the administrative areas, while the older children would help in taking care of the younger children. Their business survived many highs and lows, sometimes just barely providing for the family’s basic needs, and their most important investment: Catholic school education for all seven children.

The Baraquio Family in the Early 80's

Through the years, Mama and Papa Baraquio stressed the importance of working hard, achieving, and always giving back to God and their community. Their home life was characterized by study, music, prayer, and family activities. They supported each of their children’s unique talents by encouraging participation in church choirs, student body government, athletics, speech competitions, and school plays. The children would find their parents attending every event with vigor, and without fail.

THE BARAQUIO FAMILY IN THE NEW MILLENIUM

Today, all the Baraquio children have earned Bachelor’s degrees, with three completing their Master’s. Through growing careers and budding families, Mama and Papa Baraquio are now the proud grandparents of fourteen grandchildren.

When Angela, the eighth child, made history on October 14, 2000, as the first Asian-American and teacher to be crowned Miss America, it was a joyous and prayerful moment of gratitude for the entire family. For Claudio and Rigolette, it was an ultimate feeling of pride, as they believe their children are their greatest assets. Being first-generation Filipino-Americans, this crowning moment also helped to validate the family’s humble formula to living: that if they focus, work hard, and utilize their God-given talents and skills for a greater good, any dream is possible.

The Baraquios continue to volunteer as music ministers for their respective Church parishes. They celebrate birthdays and special occasions at least once a week. Above all, the Baraquios are thankful to God for their family and friends, and for their beautiful life in Hawaii, USA.

Born and raised in Bocboc, Pangasinan, Claude, the oldest son, is the second child of eight, and the only one in his family to leave his home for America. He grew up on a large farm in the province of Aguilar, where he learned to work and live off the land. In 1964, he earned his Bachelor’s degree in Industrial Education at the Philippine College of Arts and Trade Center. He became a teacher of Practical Electricity Mechanics at Roxas High School in Manila. There, during a lunch break in the school cafeteria, he met Rigolette. They married on June 6, 1965, at Santa Ana Catholic Church. Upon arrival to the U.S. in 1970, he worked as a utility man and waiter. He soon took a job as a pest control operator, working for five years before opening his own pest control business. Claude continues the business today with his wife, taking time to travel, enjoy his 14 grandchildren, and visit his family in the Philippines. He was chosen by the members of the Knights of Columbus, Our Lady of Lasalette Council, to serve as an elected Grand Knight for the 2007-2008 term.

Parents: Juan (d.) and Teresita (d.)
Siblings: Reby, Kelly, (d.), Luis, Charito (d.), Rigolette, Danny (d.) EmyBorn and raised in Manila, Philippines, Rigolette is the fifth child of seven. Most of her early years and education were influenced by Catholic Belgian nuns from Paco Catholic School. She then lived, worked, studied, and interned in the convent at Santa Isabel College until graduation. Rigolette earned her Bachelor’s degree in Education, and soon began teaching at Roxas High where she met Claude. She specialized in teaching English as a second language, a skill she later applied to teaching her children at home. Upon arrival to the U.S. in 1970, she worked just a few months in the linen department for a hotel until she gave birth to her fourth child. She later assisted her husband in the family business, and has served as President of Able Termite Control, Inc. since 1988. Rigolette is a strong believer in prayer and family unity. She continues to baby-sit her grandchildren one night per week so that her children can spend quality time with their spouses. 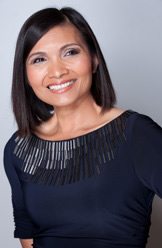 Ceci earned her Bachelor’s degree in Business Administration at Loyola Marymount University in Los Angeles, CA. After ten years in the business field, she went on to obtain her Master’s degree in Marriage and Family Therapy from California State University at Long Beach. Ceci is a licensed Marriage and Family Therapist. She primarily lives in California with her son, Joshua, and is working towards being bi-coastal between Hawaii and California.

Jerome earned his Bachelor’s degree in Business Administration at Dominican College in San Rafael, CA. He is Commercial Account Manager for Grainger Industrial Supply managing accounts in the heavy industrial and food processing sectors. He lives on O’ahu, Hawaii with his wife, Nikko, and their two sons, Anthony and Sterling.

Lucy earned her bachelor’s degree in Architecture at the University of Notre Dame in South Bend, IN. She is an architect working for Starbucks Coffee International as the Senior Design Manager overseeing store design for the China region. She lives in Seattle, Washington with her three sons, Lorenzo, Cosmo, and Alessio. 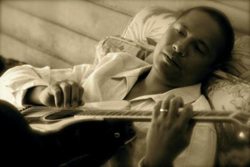 John earned his bachelor’s degree in Communications at University of Portland in Portland, OR. He is the President of Able Pest Exterminators, Inc. He lives on O’ahu, Hawaii with his wife, Emilda, their daughter, Echo Jade Marie, and their son, Blaze Patrick.

Therese earned her Bachelor’s degree in Business Administration-Management from University of Hawaii at Manoa, and is an MBA Graduate in Marketing from Regis University in Denver, CO. She is Managing Member of Harmony Productions, LLC, a management company for talent and media.

Bernadette earned her Associate in Arts degree from University of Hawaii at Leeward, and her Bachelor’s degree in Broadcast Journalism, with a minor in music, from University of Hawaii at Manoa. She is the Manager and Owner of Just a Girl Productions, LLC, a television production company. She lives on O’ahu, Hawaii with her husband, Rick, their son, Zachary, and their daughter, Zoe.

Rose earned her Bachelor’s degree in Broadcast Journalism at University of Hawaii at Manoa. She is the Manager of Consumer Affairs at Hawaiian Airlines and is married to John Harman. They live on O’ahu, Hawaii, with their two sons, Luke and Seth. 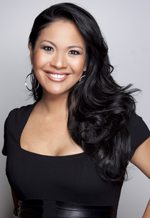 Angela earned both her Bachelor’s degree in Elementary Education, and her Master’s degree in Educational Administration from the University of Hawaii at Manoa. Having taught in both public and private schools before becoming Miss Hawaii 2000, and Miss America 2001, she is now an inspirational speaker, writer, and talent/model. She lives in Costa Mesa, California with her husband, Tinifuloa, and their four children: Isaiah, Micah, Jonah and Keilah.

Albert Baraquio was the youngest boy of the Baraquio siblings. He grew up in Honolulu and graduated from the University of Hawaii at Manoa College of Business. He later moved to California and was an outstanding employee as an assistant manager at Wells Fargo Bank in Irvine, CA. He died on November 28, 2006. He was a loving son, brother and friend. Rest in Peace, Al-B… 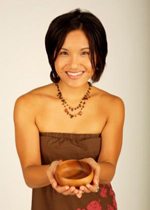 Gloria Baraquio is the youngest of ten children. Earning her BA in English Literature from Cal State San Bernardino, UH Manoa, and University of Hull, she immediately began teaching Language Arts in 2004 at Keaau High School on the Big Island, and then at Hawaii Academy of Arts & Science public charter school. At HAAS, she evolved into the Yoga Teacher and founded the school’s digital media program HAAS Productions. She and her students completed a full length documentary on charter schools entitled “Class of 2010”, which premiered at the Hilo Palace Theatre and aired on PBS Hawaii. Now living in Los Angeles, Gloria teaches yoga, loves to canoe surf, hike, sing, dance, meditate, and perform in musical theatre.